1000-year-old things are everywhere in our world

1000 year old books, buildings, and forests helped me imagine the world at the time of Guido of Arezzo. This collection of images and books brought history alive for me. Maybe you will find something you like. 🙂 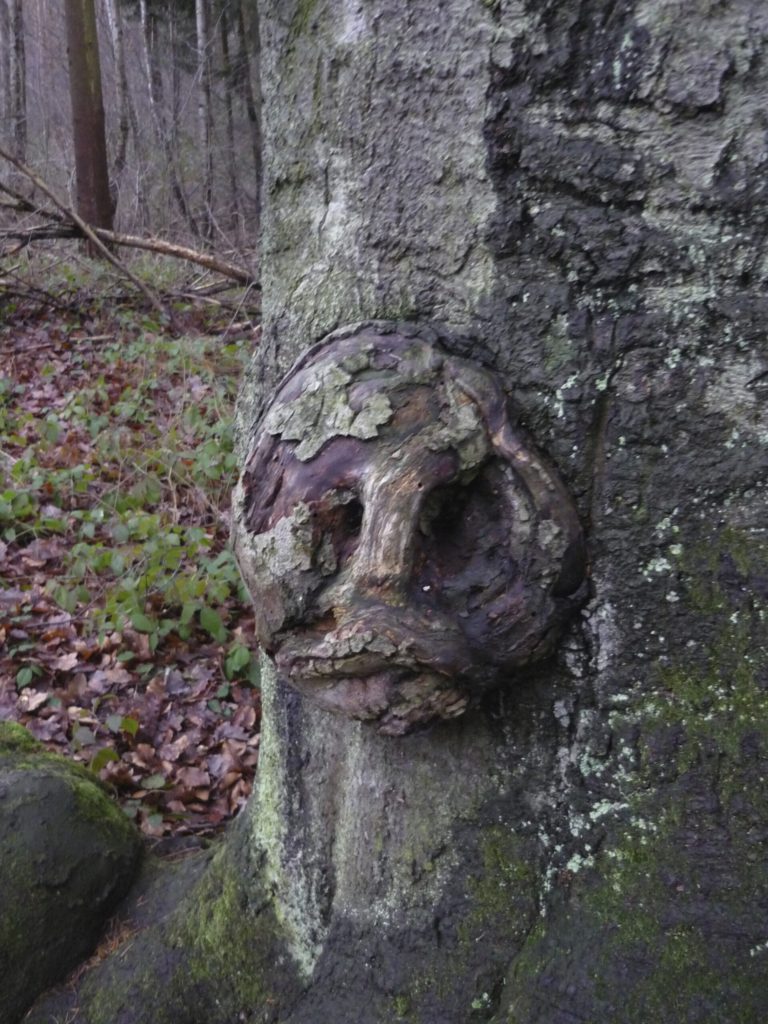 Resources for Further Reading about the Middle Ages

Ash, John. A Byzantine Journey. New York: Random House, 1995, 330 pgs. This non-historian, as he describes himself, visits Anatolia, the broader kingdom of Byzantium outside of Constantinople. I wish there were more photos. He describes everyday life as it is now and remarks upon Byzantine remnants that were still visible. Lots of description of Cappadocia, Nicaea (now called Iznik). A useful book for imagining.

Berger, Anna Maria Busse. Medieval Music and the Art of Memory. Berkeley and Los Angeles, California: University of California Press, 2005, 288 pgs. The picture on the cover shows a girl playing a very long instrument and sitting on a medieval folding chair. The audience is leaning forward in a body to hear her. The book has tools that medieval musicians used to memorize music (tonaries, treatises etc.) and discusses how medieval music was composed. Guido d’Arezzo is mentioned 48, 66-67, 70, 94, Epistola de ignoto cantu 86, 90; Micrologus, 88, 91, 99, 103; Prologue to Antiphoner, 73-74, 83,99; Regule rithmice 74, 99-100.

Cosman, Madeleine Pelner. Fabulous Feasts: Medieval Cookery and Ceremony. New York: George Braziller, Inc., 1976, 224 pgs. This is a great book with lots of pictures and recipes, written by a medievalist, from what I can tell. The language feels very real and confident.

Dersin, Denise, Ed. What Life Was Like Amid Splendor and Intrigue: Byzantine Empire AD 330-1453. Alexandria,VA: Time-Life Books, 1998, 144 pgs. Picture book with a story-telling style of history.

Duby, Georges, Ed. (Goldhammer, Arthur, trans.) A History of Private Life: Revelations of the Medieval World. Vol. II. Cambridge, MA: The Belknap Press of Harvard University Press, 1988, 650 pgs. Note: Volume 1 may have more relevant material. Volume 2 has some info about eleventh century but most of the focus is on later medieval period.

Harper, John. The Forms and Orders of Western Liturgy from the Tenth to the Eighteenth Century: A Historical Introduction and Guide for Students and Musicians. Oxford:Clarendon Press, 1991, 337 pgs. This book has useful diagrams showing the canonical hours compared to sunrise, sunset etc. and the seasons compared to the liturgical seasons of the year. It also explains where people stood and what they could hear of each part of the service. Brief mention of Byzantium. Focus is on Western church.

Hill, Jonathan. The History of Christian Thought: the fascinating story of the great Christian thinkers and how they helped shape the world as we know it today. Downers Grove, Illinois: IVP Academic, an imprint of InterVarsity Press., 2003, 352 pages. Useful explanation of “schism”.

Holland, Tom. Millennium. London: Abacus, an imprint of Little, Brown Book Group, 2008, 476 pages. A very readable and absorbing survey of Europe and Byzantium around the year 1000 A.D. I read it from cover-to-cover.

Lacey, Robert, and Danny Danziger. The Year 1000: What Life was Like at the Turn of the First Millennium: An Englishman’s world. New York: Little, Brown and Company, 1999, 230 pgs. Thanks to Eric Jager, the historian at the Festival of Faith & Writing who recommended it. Nice calendar of the typical activities of the year by month. Good source for daily life.

Lane, Frederic C. Venice: A Maritime Republic. Baltimore: The Johns Hopkins University Press, 1973, 505 pgs. Good overview book with drawings and sweeping explanations including Venice’s role in the Mediterranean. This appears to be one of the classic texts on this region.

Maguire, Henry. The Icons of Their Bodies: Saints and Their Images in Byzantium. Princeton, NJ: Princeton University Press, 1996, 222 pgs. Black and white photographs. Pg. 198 shows the “Minor Sakkos” of the Metropolitan Photios. I think he came before Bella’s timeframe.

Mango, Cyril. The Art of the Byzantine Empire 312-1453. Toronto, Ontario: University of Toronto Press, Medieval Academy of America, 1986, 272 pgs. Chapter 6: The Middle Byzantine Period (843-1204) is the most relevant by time period. This book collects original texts describing landmarks and translates them. Since the descriptions of the architectural wonders were written by people wanting to please their sponsors, the descriptions are very positive. Hagia Sophia as of 562-563 AD, after the rebuilding, is described on pg. 79; The Church of the Virgin of the Pharos [lighthouse] on pg. 185; the mosaic of the Virgin in the Hagia Sophia is described on pg. 187.

Mayor, Adrienne. Greek Fire, Poison Arrows, and Scorpion Bombs: Biological  and Chemical Warfare in the Ancient World. Woodstock, NY: Overlook Duckworth, 2003, 319 pgs.
This book quotes military historian Alex Roland “even jumping into the sea failed to quench the flames”. Lots of crazy war weapons even back then. People must love to destroy each other. Also mentions storing naptha in Byzantine churches.

Miller, Timothy S. The Orphans of Byzantium: Child welfare in the Christian Empire. Washington D.C.: The Catholic University of America Press, 2003, 340. Recurring theme is the importance of caring for widows and orphans in a Christian society. Constantinople was taking on the characteristics of the New Jerusalem in this way. The Orphanotrophieon was the leading charitable institution in Constantinople. Case studies, guardian practices and laws are covered. John the Thief shows up in here.

Palisca, Claude V. (Ed). Hucbald, Guido, and John on Music: Three Medieval Treatises. Warren Babb (Translator). New Haven: Yale University Press, 1978. 211 pgs. Translations of Guido of Arezzo’s work as a teacher of music. It is interesting to look at the diagrams even though the music theory is too complex for me. A sense of what Guido was like as a teacher still comes through.

Piggot, Stuart. Wagon, Chariot and Carriage:  Symbol and status in the history of transport. New York, NY:Thames and Hudson, Ltd., 1992, 184 pgs. This book told about fixed -width wagon ruts requiring wagon axles to be a certain width in order to fit on the road. Photograph of the Luttrell Psalter AD 1320 showing a Pleasure carriage with noble ladies. It looks like a conestoga wagon with windows cut into it and chains front and back to keep you from falling out. A horse (with mounted person + lance) pulls the whole thing between very long wooden poles. Pages 138 and 139 explain tilt-carts (2-wheeled biga or careta) (4-wheeled carrus or currus that are ‘showy household conveyances’.) Note for classroom use: Not always G-rated.

Reston, James, Jr. The Last Apocalypse: Europe at the Year 1000 A.D. New York: Doubleday, 1998, 299 pgs. Nice, hand-drawn maps in front matter. Based on legends and stories of the period.

Stott, John R.W. What Christ Thinks of the Church. 2nd ed. Downers Grove, Ill: InterVarsity Press, 1972, 128 pgs. Explanation of the first four chapters of the Book of Revelation as a description of the ideal church.

Strunk, W. Oliver. Source readings in music history from classical antiquity through the romantic era. New York: Norton, 1950, pgs. Translations of Guido’s Epistola and the Prologue to his antiphoner. Very helpful for Guido’s voice. There is also a chapter about Odo of Cluny.

Thompson, Michael. The Medieval Hall: The basis of secular domestic life, 600-1600 AD. Hants, England: SCOLAR PRESS, Gower House, Croft Road, Aldershot, Hants GU11 3HR, 1995, 212 pgs. Most examples relate to England. No windows in the examples of halls that they show in the earlier periods. He says that people didn’t generally cook in halls or sleep in them. Guests could sleep in the aisles made by the arcades and people could assemble there.

Umiker-Sebeok, Jean and Thomas A. Sebeok. Monastic Sign Languages. Berlin: Mouton de Gruyter, 1987, 618 pgs. This collection includes studies about monastic sign languages in French, English, Latin and possibly Spanish and Portuguese. It contains a photo dictionary of Cistercian Sign Language—some signs are modern: “typewriter” and an explanation of grammar. It also mentions two “Anglo-Saxon” sign systems and an article (French language) about the Trappists’ sign language. Bernard of Cluny’s De Notitia Signorum is included, but not translated into English.

Verdon, Jean. George Holoch, transl. Travel in the Middle Ages. Notre Dame, IN: University of Notre Dame Press, 2002, 235 pgs. Has great
information and a few too many French in-jokes that I missed. Sometimes he seems to contradict himself but I think some is lost in translation or in culture, e.g. what he thinks is interesting and why.

Verdon, Jean. George Holoch, transl. Night in the Middle Ages. Notre Dame, IN: University of Notre Dame Press, 2003, 348 pgs. More by the same author with the theme of night rather than travel.

Whitesides, Barbara. Sugar Comes From Arabic: A beginner’s guide to Arabic letters and words. Northampton, MA: Interlink Books, An imprint of Interlink Publishing Group, Inc.,  2009, 133 pgs. A great, friendly, cheerful book about writing in Arabic script with lots of pictures about the culture.